Have you struggled with weight loss? Does your body seem out of proportion? Are you a size 6 on top and a size 14 on the bottom? Maybe you bruise easily or have pain and tenderness in your legs? Have you been told that you must be cheating on your diet since you’ve lost no weight even though you subsist on 900 calories a day? Does your doctor or other health professionals shame you because you need to just “eat less and exercise more”?

Women all over the world are sharing the same experience. Facebook groups and websites are bringing women together to support each other. What’s going on with these women?

It’s likely a little known condition called Lipedema (US) or Lipoedema (Europe). It’s estimated to affect 11% of the female population or close to 17 million women in the United States alone. Few doctors are aware of it; many doctors misdiagnose it as obesity or mistake it for lymphedema-a serious medical condition that most often starts after removal of lymph nodes or damage to the lymphatic pathways-but there are some striking differences. People with lymphedema are usually affected on only one arm or one leg including the hand or foot; the other limb being normal size. 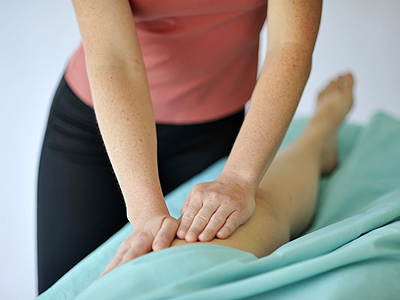 What is Lipedema?
Lipedema is a disorder of adipose (fat) tissue distinguished by five characteristics:
1) It can be inherited.
2) It occurs almost exclusively in women.
3) It can occur in women of all sizes, from the seriously underweight to the morbidly obese.
4) It involves the excess deposit and expansion of fat cells in an unusual and particular pattern – bilateral, symmetrical and usually from the waist to a distinct line just above the ankles.
5) Unlike the “normal” fat of obesity, lipidemic fat cannot be lost through diet and exercise.

Lipedema predominantly affects women only, though there are a few rare cases of it in men. Believed to be hormonal in nature, Lipedema is often triggered at puberty, but can begin or worsen during or after pregnancy, at peri-menopause, and following gynecological surgery or any surgery with anesthesia.

Typically, it presents as bilateral, symmetrical swelling of the legs and hips that gradually extends down towards the ankles where the fat forms a cuff just above the ankle. Occasionally, lipedema fat will present in the abdomen and arms, though not affecting the hands. Also known as painful fat syndrome, this diseased adipose tissue puts pressure on the delicate superficial lymphatic vessels possibly causing them to leak fluid into the interstitial space where it becomes trapped due to vessel breakdown as well as possibly poor vascular flow. Loss of skin elasticity, sensitivity to pressure and easy bruising are commonly observed along with non-pitting edema which can later become pitting edema after prolonged periods of standing which resolves when legs are elevated.

Lipedema fat can be very painful, and if not kept in check through a healthy lifestyle the condition can worsen. Left undiagnosed without medical intervention or understanding as to self-care, lipedema can bring about pain and immobility, not to mention affecting one’s self image. Increasing amounts of lipidemic fat and fluids can lead to a gradual spreading down the legs as well as into the arms and abdomen that can develop into stage 4 lipedema known as Lipo-Lymphedema, a serious condition often leading to immobility.

There is no cure

This “lippy fat” cannot be lost through diet or exercise. You can’t pop a pill, or run an extra marathon; but there are viable treatment options, one of those being Manual Lymphatic Drainage therapy. Using this therapeutic hands-on method to stimulate the movement of fluids in the tissues, the gentle, rhythmic, pumping movements performed by the therapist follow the direction of lymph flow and produce rapid results. It assists the superficial lymphatic vessels in picking up and removing not just excessive fluids, but also metabolic waste, long chain fatty acids and cellular debris from our system.

What else can I do?

Manual Lymphatic Drainage therapy can make a significant difference over time, especially when used in combination with other options such as wearing light compression garments, doctor-prescribed medical grade compression, skin care, nutrition, and Lympho-size exercises. Swimming or aquatic exercise is one of the best activities for lipedema as the muscle contractions help stimulate the lymphatic flow along with the hydrostatic pressure of the water on the limbs. Exercise done on rebounder trampolines or vibration plates can also help. Plastic surgeons are starting to perform a lymphatic-sparing liposuction surgery known as WAL (Water-Assisted Liposuction) which may also help reduce the size of the limbs, though currently, insurance companies rarely pay for these surgeries in the U.S.